The Knocker was one of the first creature concepts we made, back when our game design was still 2 pages long. We wanted to go for something really scary and creepy. So the idea was born of something that is part living animal, part corpse and part… tree. 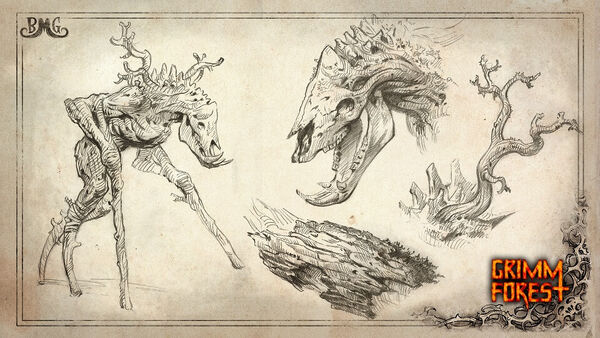 Nobody really knows how the Knockers came to exist. The tales say that there are Death Trees in the Forest. Staying too long in their shadow could kill any animal or man. But that’s not the scary part. They say also the Death Tree not only kills you, it takes your soul. Then it brings you back to a twisted state that can’t be called neither death, nor life. The turned creature becomes a slave to the Death Tree till somebody ends its miserable existence or cuts down the tree. 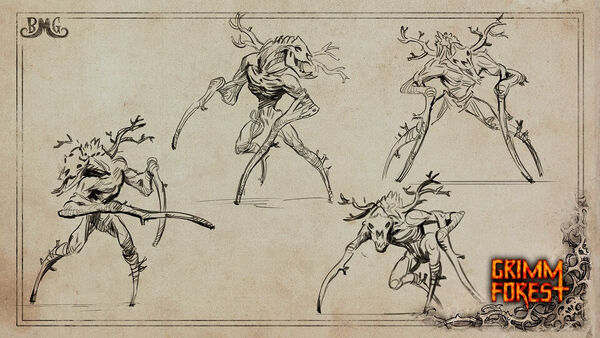 The Knockers are called so because of the way they communicate with each other (and their tree-master) by rattling the wooden ends of their front limbs. They are blind, deaf and have no sense of smell, but they can detect even the slightest hint of a movement. The only way to avoid them and escape with your life is to remain perfectly still, sometimes for hours. Because the Knockers sure are patient. 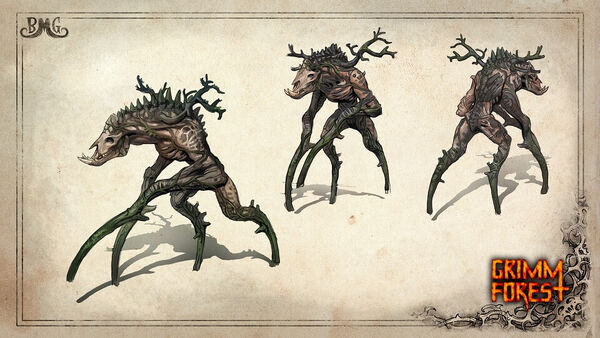